The ski lifts in Ponte di Legno and those around Passo Tonale allow all skiers to reach all of the 42 slopes in the Ski Area quickly and effortlessly.
Chairlifts, cable cars, ski lifts and travellators: 28 ski lifts efficiently link all the slopes between Passo Tonale and Temù.
Thanks to the efficient network of connections and just one ski pass all snow, fun and mountain lovers will have unlimited access to all the slopes in the Pontedilegno-Tonale Ski Area.

All the ski lifts in Ponte di Legno-Temù and those in Tonale-Presena are regularly subjected to strict controls to ensure high safety standards.

Not just in the winter: even in the summer some ski lifts remain open to take hikers and trekkers up the mountains.

Find out the slopes

Ski lifts in the Ponte di Legno and Temù area 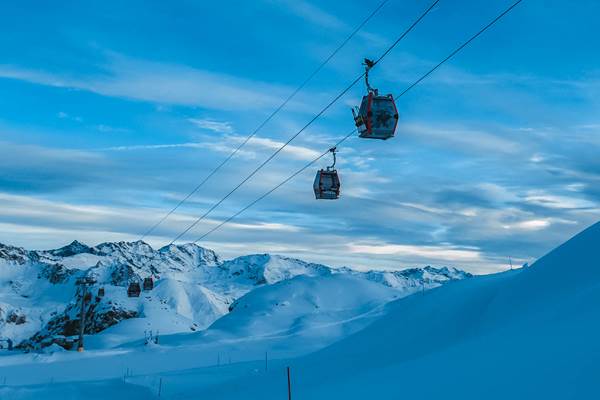 The ski area around Ponte di Legno has 4 chairlifts, two two-seater and two four-seater, one cable car, a ski lift and a ski school with a travellator for short distances. The slopes in Temù can be reached thanks to four four-seater chairlifts.

The ski lifts in Ponte di Legno-Temù are well connected to those in Tonale-Presena Glacier, this way you can move around from one slope to the other easily and quickly using just one ski pass.

Ski lifts in the Tonale and Presena Glacier area