Since 2008 we have been covering Presena glacier with geotextile fabric covers, which are able to reduce by 50% the melting of snow and ice during summer months. We are aware that unfortunately these textiles are not the solution: they slow down the melting process of the glacier, but do not stop it. Despite this protection and despite 350.000 m² of snow lay down every winter on the glacier, we register each year a loss of 600.000 m² of ice mass.

The real solution consists in concrete international measures, that cannot be postponed any further, for the protection of the environment with the purpose to reduce the gas emissions responsible for global warming.

On this page you will discover step by step the story of this small but great struggle to save one of the most important glaciers in Italy, as important for the natural equilibrium of our mountains as for the communities that live in this territory.

1969: Presena glacier is the protagonist of skiing 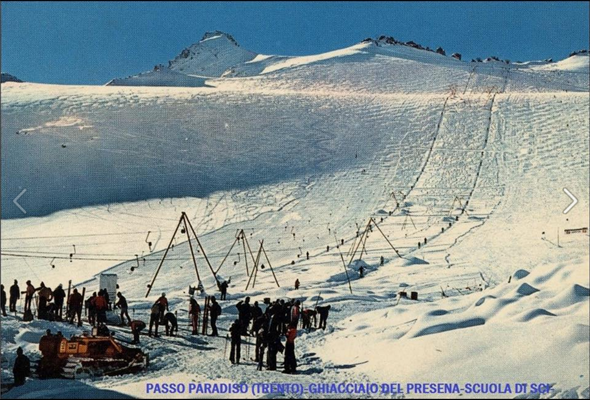 Starting from the ’60, skiing started to gain great success; Presena glacier, which faces north and was therefore covered with snow all Summer long, charmed the ski lovers. Unfortunately, the negative effects of climate change affected the glacier soon: summer skiing began in 1969 and ended at the beginning of 2000.

2000: the first rocks emerge from the ice

At the beginning of 2000 some rocks start to emerge in the middle of the glacier: the risk is that the glacier could divide itself in the middle, creating two separate sections.

The company Carosello, owner of the lifts on Presena glacier and part of the Consorzio Pontedilegno-Tonale, has been testing for a few years an original solution: the use of geotextile tarpaulins, a particular fabric able to protect the ice during summer months.

The project, which is carried out with the scientific support of the Italian and Trentino Committee of Glaciology and the University of Milan, is partially financed by the Province of Trento.

2008: the fist covering with geotextile tarpaulins 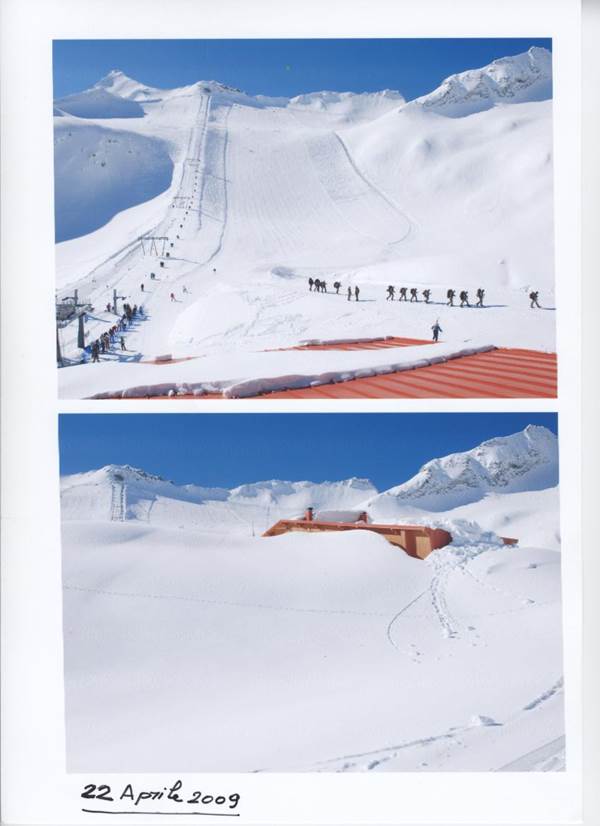 In 2008 Presena glacier was covered for the first time. Experts chose to protect the central part of the glacier – the most fragile – and the areas under the ski lifts, because the structure was built directly on ice: this situation was potentially dangerous in case of ice instability.

Six years later, the glacier covers showed positive results: the glacier did not divide itself into two parts and the coverings were able to preserve 2,5 meters of snow (which equals to 130.000 m² of snow).  The benefits for the environment and for skiing are evident.

The portion of ice which was not covered resulted in the ice level decrease of 11 meters.

The company Carosello decided to carry out this project in total autonomy, facing every year costs up to 350.000 Euros (purchase and setting of the tarpaulins, maintenance, electricity, costs of labour).

2014: the analysis of the University in Milan

In 2014 the analysis of the University of Milan demonstrated that the geotextile tarpaulins can reduce the summer melting of snow and ice by 52%.

The analysis proved that the covered areas had undergone a solar energy absorption of 36%, against 57% of the non-covered parts.

Even more evident is the need to act with more concrete measures at a global level, in order to stop the increase in temperature and the consequent melting of eternal glaciers.

In 2021 MUSE, the Science Museum of Trento, carried out an analysis to determine the evolution of Presena glacier till the end of this century with a study on surfaces, volumes, and thickness of the glacier; this project based itself on the past glacier variations and on a comparison of the melting between covered and non-covered areas.

The evolution of Presena glacier has been determined following these 4 scenarios:

The graphic below shows the evolution of the volumes of the glacier in the four above-mentioned SSP scenarios considering a natural glacier, as if Presena Glacier would not be covered by the tarpaulins anymore. 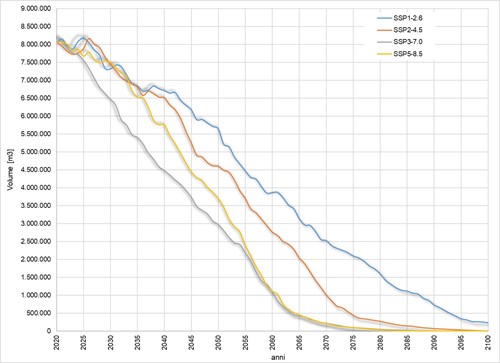 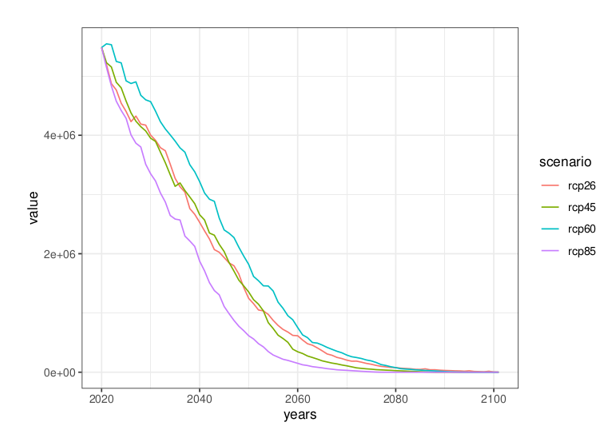 The downward trend is the result of an uninterrupted negative balance. According to the model, the total extinction of the ice mass will be approximately reached as follows:

Through a summer supervision, it is to be noted that the tarpaulins can halve the loss that happen in natural conditions, confirming their usefulness in reducing summer melting. The preservation of ice and snow offered by the coverings during summer has been advantageous to contrast the glacial dynamic that, in a natural situation (without coverings), would lead to the disappearance of the glacier by 2070-2075 (in the worst scenario of greenhouse gas emissions).

A glacier covered by tarpaulins will never disappear. As a matter of fact, an extension of ice equivalent to the extension of the coverings will always be present on Presena glacier (produced by the snow-making machines). At the time when the disappearance of the glacier is reached in natural circumstances, Presena glacier will appear as a regular-shaped and rectangular mass, and its surface equals the surface of the coverings.

At this point, we have considered only the volume of the glacier, but it is also important to take into consideration another aspect: the THICKNESS of the ice.

The thickness is destined to become thinner time after time in the different SSP scenarios, because of the increasing in temperatures that determine winter snowfalls. The thickness of the ice has been represented with a graphic with lines, from the top to the bottom through the ski slope, and the analysis based on SSP Scenarios has given this result (in this case it is shown only the SSP3-7.0) 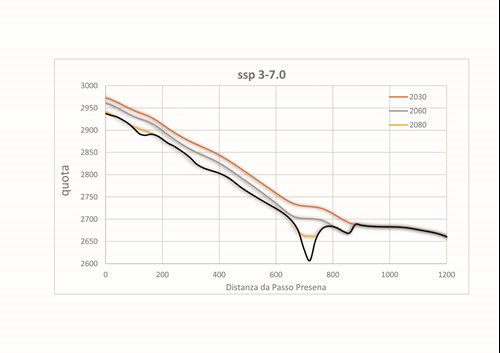 Analysis of the evolution

This graphic shows, until 2030 (red line), a stability of the thickness of ice under every scenario emission and able to fill the depression close to the intermediate station of the cable car located at 2.720 meters. This depression will come on the surface in 2080 (with any emission scenario), and in this way the ski slopes will no longer be used, because a steep counterslope will be created.

2022: initiatives to refelct and act 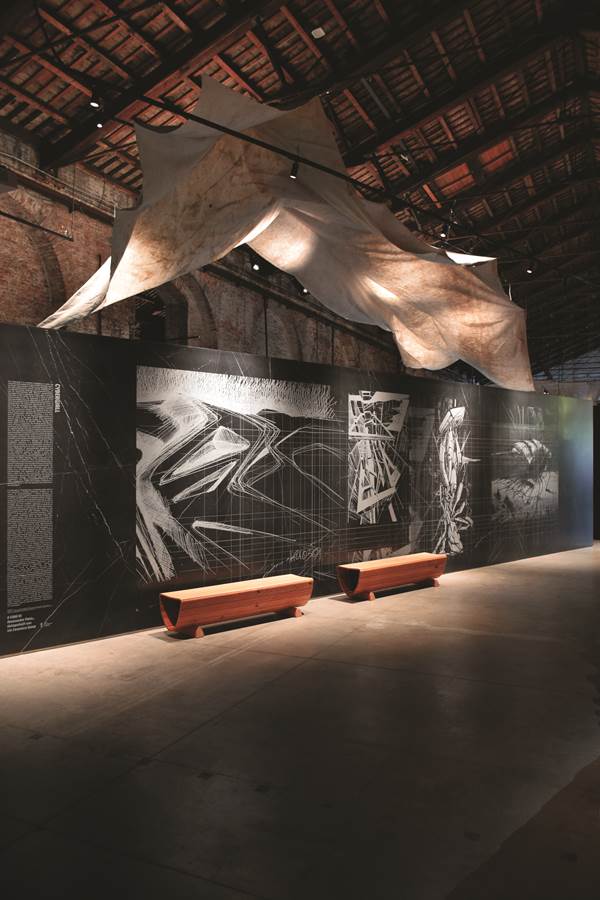 Festival of Ice and Water

Our events Ice Music Festival and Water Music Festival came up aiming not only at the creation of cultural and musical events  on our mountains, but also to lead the audience to a consideration on the importance of water and its precarious situation… for example, in the 2019 and 2020 editions of Ice Music Festival it was noticed that the only presence of the audience in the Ice Dome – an ice igloo, meaning a group of people together giving off heat – made it necessary to tune the ice instruments multiple times during the concert.

In 2021 the first Water Music Festival was born involving the children of the schools of our area: they wrote a story to explain the importance of water. The fable “The Mystery of the lost Water” was staged during the whole summer conveying the meaningful message of a territory destined to die because it was left without water.

In March 2021 the geotextile tarpaulins became an art installation at the art University “Universität der Kunst” in Berlin; the exposition was possible thanks to the project “The Invisible Mountain” by Giovanni Betti, university professor at the California University. This installation has been moved to Biennale di Architettura in Venice from May to November, where many people had the opportunity to visit it. The visitors had the chance to walk under this tarpaulin hanging on the ceiling and, in doing that, they could experiment the nothingness that represents the disappearing of the environment that the tarpaulin itself tries to protect.

Following this idea, also Consorzio Pontedilegno-Tonale wants to give a second life to the coverings fallen into disuse, identifying circular economy projects able to extend their life cycle, and focusing on upcycling strategies so that the entire process could be as environmentally friendly as possible.

The geotextile tarpaulins are white stripes made of nonwoven fabric, 5 meters large and 70 meters long; initially they were heat-sealed, but today they are sewn together avoiding waste of material.

Here below you can find the features of a geotextile tarpaulin:

The studies underline that, until 2030, the stability of the ice can fill the depression close to the intermediate station of the cable car. If global laws for the protection of environment are not going to be applied, this depression will completely come on the surface by 2080. This will create a steep counterslope that will make it difficult at first and then impossible to ski on the glacier. 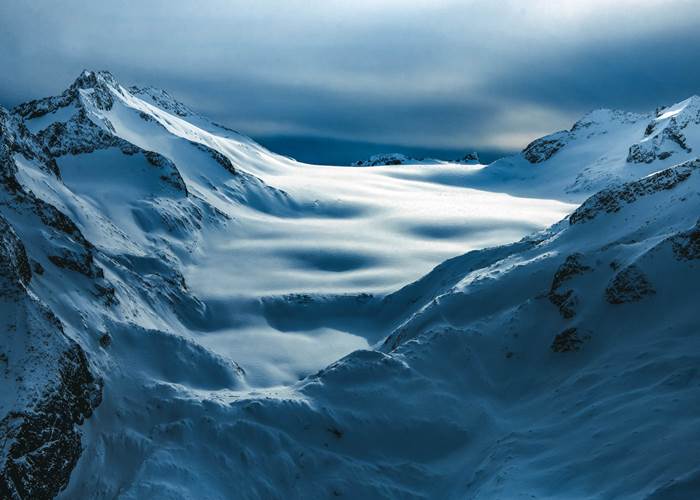 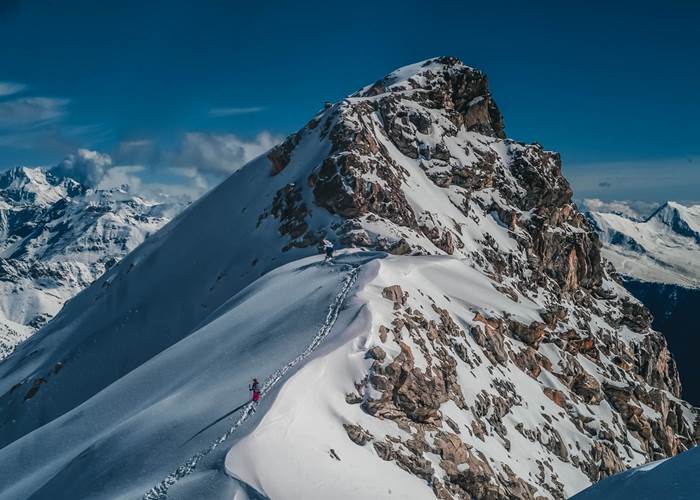 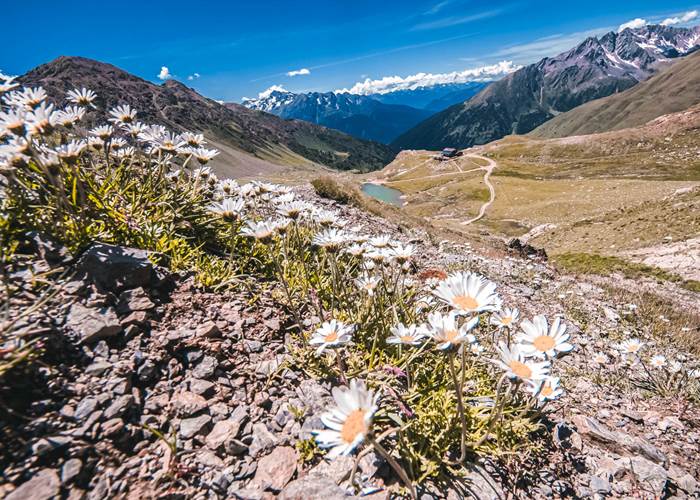 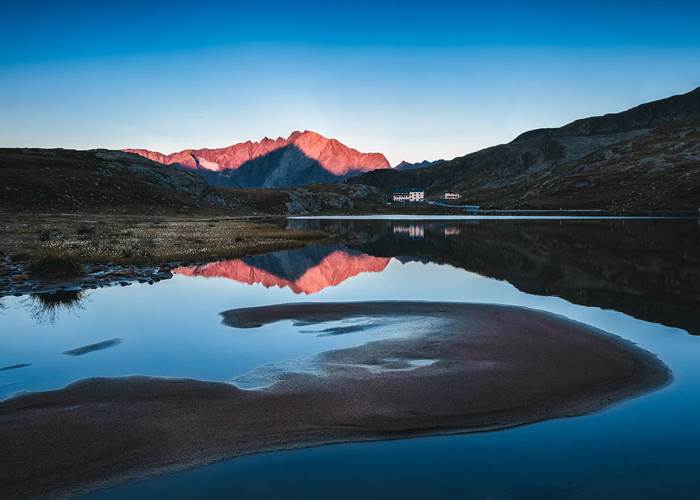 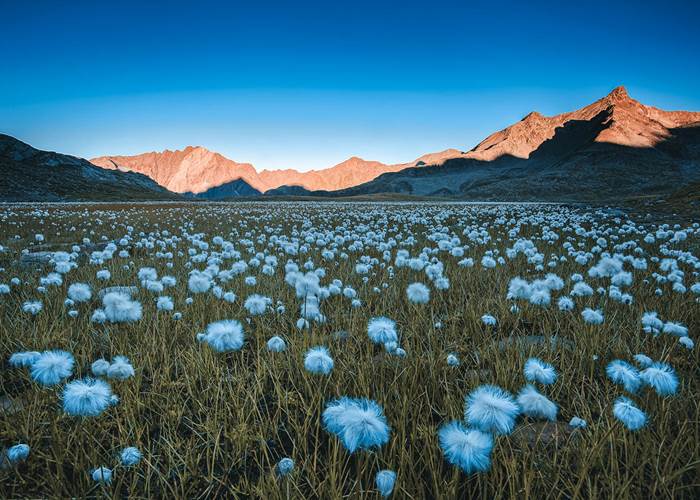