Walks in the mountains for children in Lombardy and Trentino 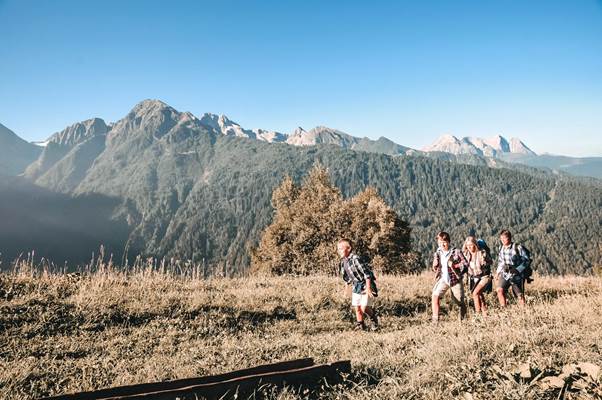 Walks in the mountains for children in Lombardy and Trentino will be fun for adults and children alike. Routes for children are easier, brief and with very little difference in height and often can be done even with pushchairs.

Along the route it is easy to find lots of different things to do like children’s playgrounds for a fun breaks or   you picnic areas with tables and benches. The ski lifts also provide child adventurers with unique emotions and make it possible to reach the tracks at a high altitude easily.

For children the best part of an excursion is getting to see animals up close and some walks in the mountains for children in Lombardy and Trentino take them right to pastures where they can make friends with cows, horses and have snacks with fresh produce from the malga!
At Case di Viso small children can see how people used to live before modern conveniences while in Tonale bigger children can learn about the Great War: in order to understand the important aspects about history they can have fun exploring the trenches and forts.

You know that every excursion with children is much better if there are small lakes and streams where they can play ? Our area is the realm of water that flows from the glacier and on many tracks you can hear water gurgling as you walk along.

The mountains with animals, games and adventures

Here you can find lots of walks in the mountains to do with children in the provinces of Brescia and Trento.
You can choose your excursion depending on the needs of your family, your preparation and the time you have available; every track has the height difference, duration and difficulty indicated, this way it is easier to find the perfect walk!

When you go on an excursion in the mountains with children don’t forget your backpack with water, fruit, snacks, a raincoat and a change of clothes: children that have fun get dirty!

To the Fortifications of Davenino

The brief, easy walks takes all the family on a discovery of the Great War defensive fortifications in the valley near the beautiful fields of Davenino. This trail goes through woods and meadows marked with the typical peasant style of the area; starting from Incudine the trail follows the banks of the River Oglio where children can have fun in the playgrounds in the rest areas.

Height difference: 100 metres
Duration: about half an hour

Val Varadega is a wild and particularly charming area of Mortirolo; despite the rocky environment typical of high altitudes the early summer bloom of the rhododendrons should not be missed. Here children can surely spot a few marmots on guard and see the many fortifications of the Great War close up; the trail also has great views and a small lake at the foot of Mount Grom.

This easy yet long walk along the bottom of Val Sozzine winds through the woods. Here above all in the summer shade is a welcome respite! On the path children can have fun and learn about mushrooms, collect blueberries, observe the many inhabitants of trees as well as stand in awe in front of the Acqua Seria waterfall. The path is cheered by the gurgling of Narcanello stream. Don’t miss Sozzine Park!

A panoramic route winding its way between Ponte di Legno and Villa Dalegno. From the centre of Ponte di Legno (1260 m) near to the Tourist office, go up Via Bulferi and, after the Buon Consiglio chapel, keep to the right and take the road to Villa Dalegno. On reaching the church of S Martino continue straight, keeping to the right until arriving to the summit of the village.  After passing the last houses and the Albergo Eden at the Santinella di Roncai, continue right on the dirt road for about 2 km avoiding any detours. At the first sharp bend,  leave the road and continue along the dirt road differentiated by the scenic rises and falls, then pass above Zoanno until reaching Precasaglio. Once having passed Via S Rocco and Hotel Frigidolfo, leave the main road and go downhill to the right on a mule track which leads to the Gavia state road close to Ristorante al Mulino. Continue for approximately 100m in the direction of Ponte di Legno and just before the bridge at Frigidolfo take the wide dirt road alongside the torrent. After a long flat stretch of road you will arrive at the first houses in the village and finally your point of departure.

A very pleasant walk along the green valley floor and the Vermigliana Torrent, with a short detour in Val Stavel, at the fot of the imposing Presanella glacier. From the lakes take the path which coasts alongside the Vermigliana to Volpaia. After the stream follow the dirt road between the fields and the woods as far as Maso Poia. Cross the Rio Presanella and once having reached  the ‘Masi di Stavel’ after 50 metres of asphalted road take the dirt road, easily recognizable from the ruins of the old Austrian – Hungarian army base dating back to the great war, and Maso Cadin, a spectacular old rural building with a background dominated by the northern slopes of the Cima Presanella mountain. Having reached the military road to rifugio Denza, continue backwards to the right. After the asphalted road take the forest road on the left hand side of the valley and continue towards Vermiglio. Initially this stretch descends towards Stavel and subsequelly rises once again into woodland: a short distance before the village you cross the recently completed and fascinating Tibetan bridge.

A pleasant trail which allows a visit to the Peat Bogs of Tonale, a vast area rich in interesting micro wetland, rare fauna and which has been given the title ‘Community site of interest’, and to reach the spectacular Val Presena.

From Passo Tonale take via S Bartolomeo: after having passed the church of the same name and the unmistakable towers, access the path which goes through the Peat bogs. Having arrived at the small house (the information centre), disregard the dirt road which leads to the state road and continue on the right as far as the purifying plant.  A short way past take the road on the right to Pecè.  After about 600 m at the first sharp bend, go straight on keeping to the right, continuing along this pleasant road you will reach, initially, Raseghe and then the river-bed of the Presena torrent and its small picturesque beach known as Tonale Beach. Returning to the purifier you will cross the state road and take the mule track to altiporto. Cross to the left (west) and after a short stretch of path and road (initially a dirt road and subsequently asphalted) you will have reached Passo Tonale.

The Val Grande with its numerous huts which are dotted across the pastureland on the valley floor, is one of the most fascinating and faunistic in the Stelvio National Park. From Cascatelle (1145 m) take the muletrack to the right which leads to the village of Tù, and from here the asphalted road to Plasacù. Continuing along the road you will reach a bridge in Acqua Calda and from here continue through the woods until reaching Scudeler. Having crossed the torrent a further ascent through the woods leads to Caret, where, by leaving the deviation to the right which goes to the ‘cappella di Caret’, you carry on flanking the torrent up to the malga Val Grande (1790 m). From here, crossing the fields and the bushes you will reach Plaz de l’Asen (2040 m)  where the encampment dedicated to Saverio Occhi is situated. To return you can repeat the outward journey or alternatively take the more demanding and difficult ‘sentiero dell’Asino, which crosses the right side of the valley and reaches Rigucc, from here it is possible to return to the departure point by following the path to the left. 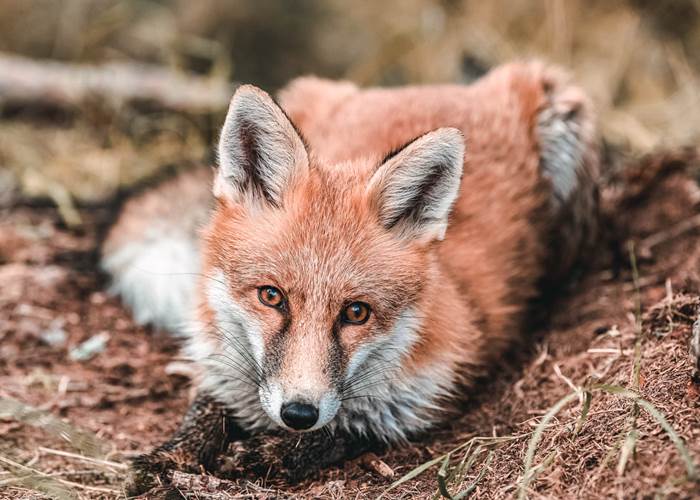 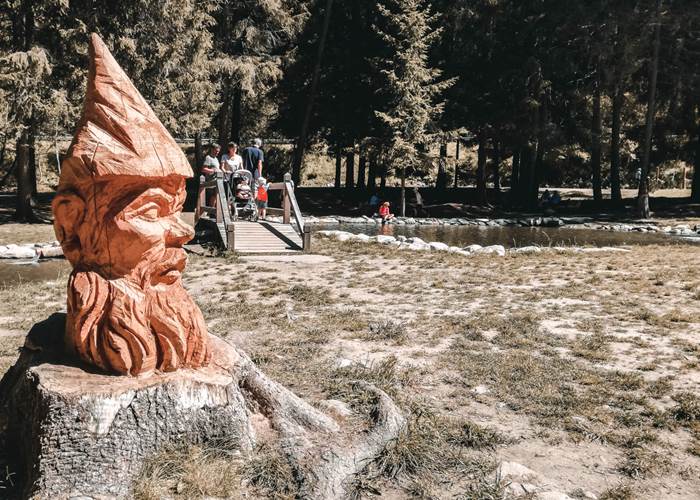 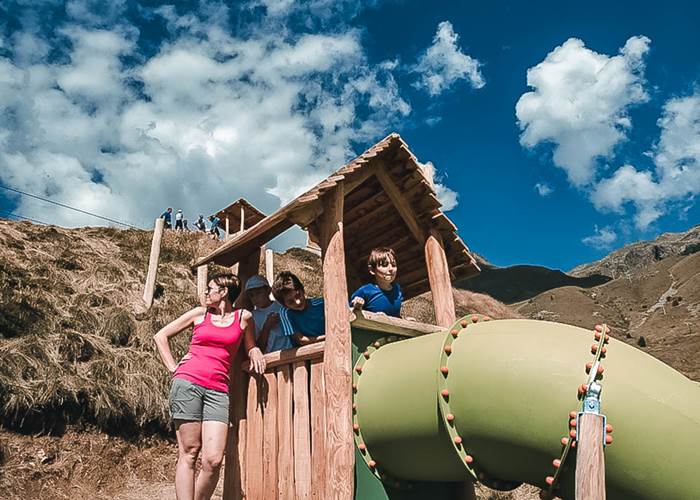