Voices of War a multimedia gallery at 2,600 metres above sea level

In Passo Paradiso “Suoni e voci della Guerra Bianca” have returned to echo around: this is the title of a multimedia installation set up inside a tunnel carved out of granite at an altitude of 2,600 metres above sea level by soldiers fighting the First World War.

While you travel through the 60 metre tunnel, a sound installation blasts out machine gun bursts and bombing noises that take visitors back in time to when the tunnel was used as a shelter from the cold and enemy fire.

Here where Lombardy and Trentino meet once stood the border between the Kingdom of Italy and the Austro-Hungarian Empire; the war relics found in this area by Emilio Serra from Vermiglio is part of this new museum where there are also illustrated panels, each one with an interactive device to be activated using a button to hear the voices and sounds related to the war that was fought high in the mountains: the hiss of the wind, an accordion that lulls the rest of the soldiers after a day in the trenches as well as the proclamation by Emperor Francesco Giuseppe and the order to evacuate Vermiglio. 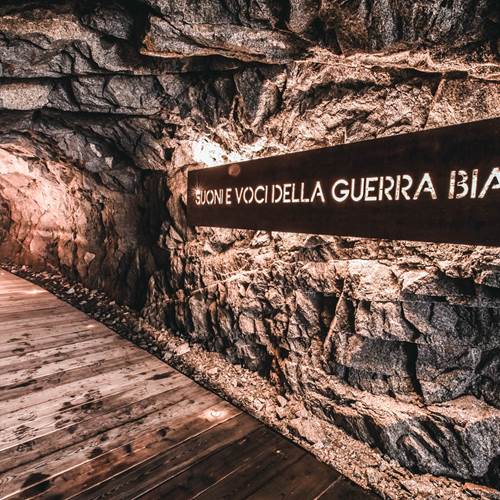 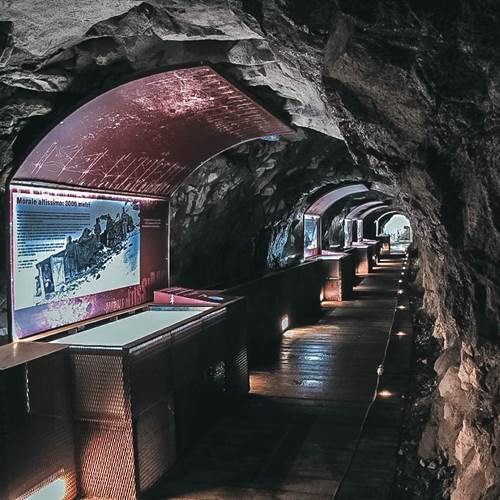 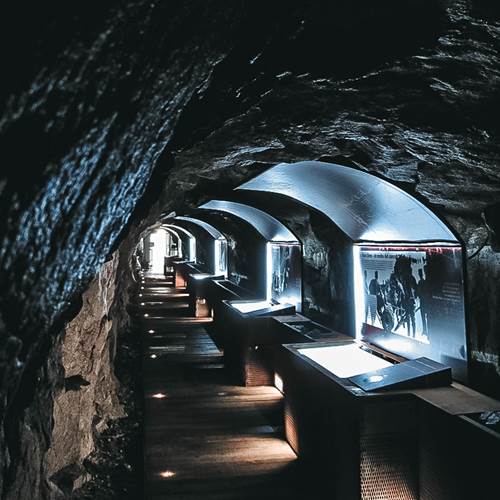 Relive the emotion so as not to forget

For those that love walking in the mountains

The “Suoni e voci della Guerra Bianca” tunnel ends an interesting, well-signed itinerary that also includes the  military village of Monticelli and leads to the ridge where all the trenches and the artillery emplacements are preserved, and where visitors can find an orientation table to help them to recognise the surrounding mountains from Adamello-Presanella to the Ortles-Cevedale range.

This new installation can also be found on another route on the Lombardy side that starts from Montozzo to reach the village of Passo Lagoscuro, passing through Bleis and Tonale and going up Passo Paradiso and then to Dosso di Casamadre and the Sentiero dei Fiori, with the walkways inaugurated in July 2011 (this is for expert Climbers with via ferratas kits).

How to reach it

Thanks to the Paradiso Cable car that goes from Passo Tonale to Passo Paradiso. The tunnel is 50 metres from the top of the cable car to the right. The tunnel is large, well-lit and accessible to everyone as long as they are wearing suitable clothing and footwear. A staircase leads to a second tunnel from the First World War that allowed the soldiers to control Tonale.

Find out more...
Fortifications of the Great War

Museums and places of interest 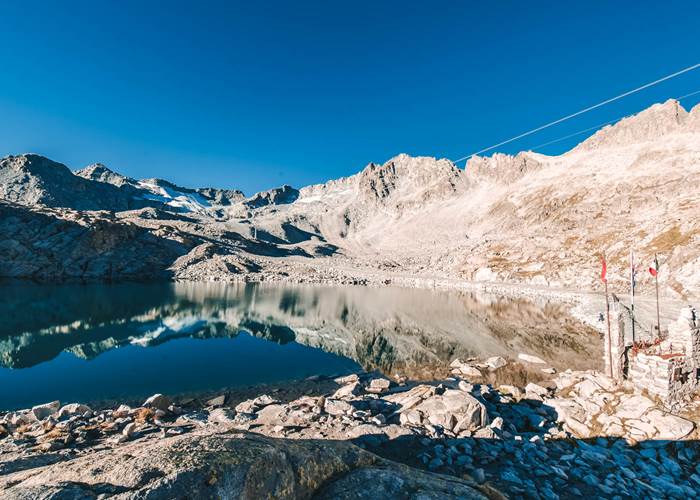